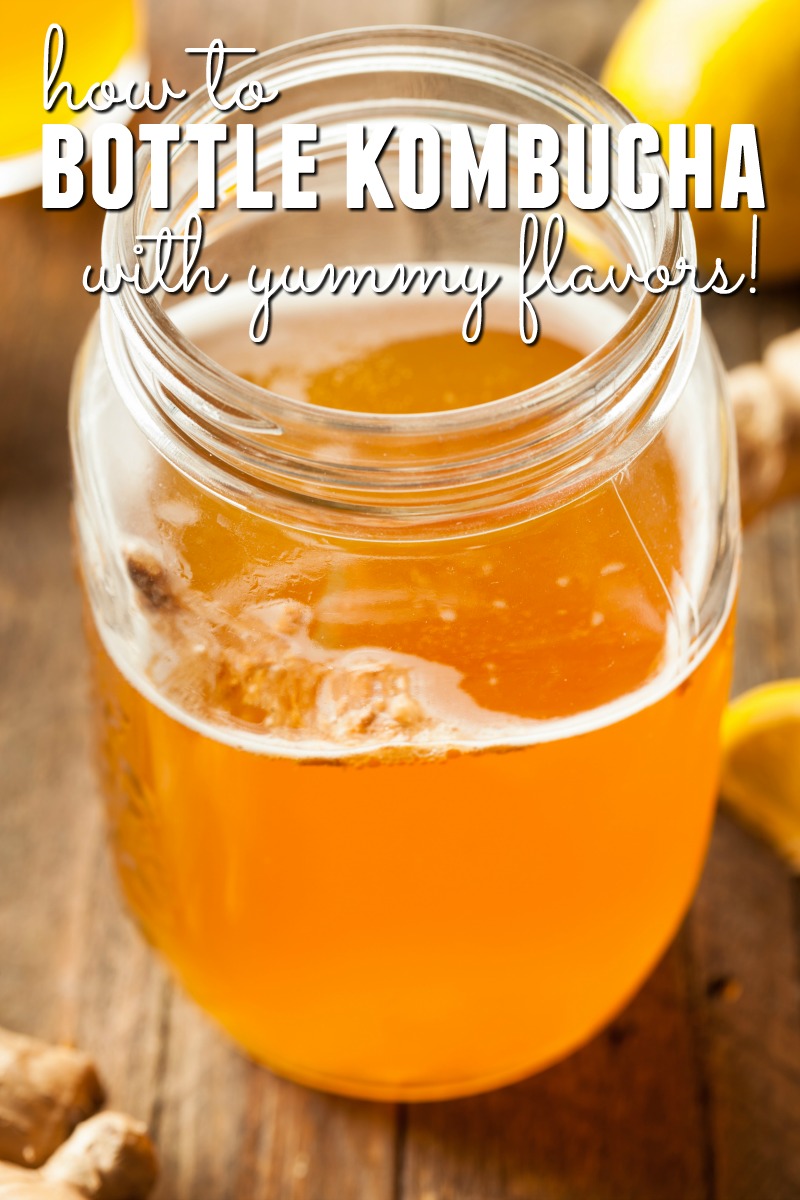 Do you want to learn about bottling your homemade kombucha? Then you’re in the right place!

In my last post, I shared a tutorial on how to making kombucha at home. We left off with me putting my brewing jar into the cabinet. Today, I’m going to show you how to bottle and flavor your homemade Kombucha.

After a week has gone by, get your brewing jar out or down from where it has been stored. Take a straw and insert it under the baby SCOBY and taste the homemade Kombucha. 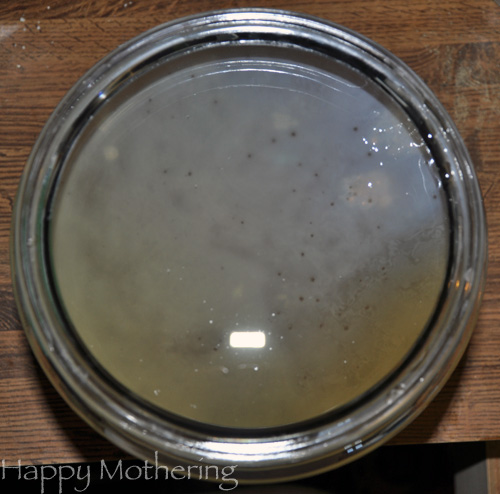 If it’s still too sweet, let it brew for a couple more days. If it’s too tart, you can reduce your brewing time with the next batch.Ours was pretty tart, so the batch that’s brewing now will get checked at 6 days. I have since read that wider jars brew faster and taller jars brew slower. Since our jar is pretty wide, it makes sense! 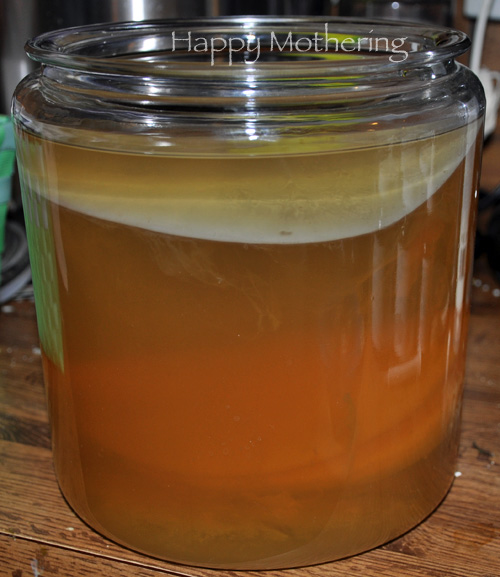 If you’re happy with the taste, it’s time to bottle your Kombucha! Get out a glass bowl and place the Mother and Baby SCOBYs in the bowl. Add 2 cups of Kombucha from the top of the jar to the bowl, then cover and set aside. 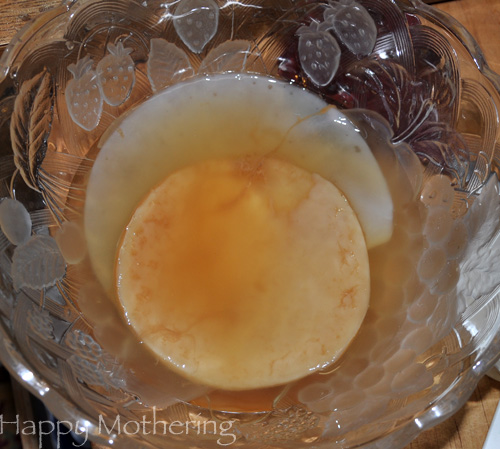 Put your flavorings into the bottom of each of your bottles or jars. I used pint-sized mason jars. Hannah sent me rose petals and elderberries to use, so we put those in a few jars. We also used raspberries, strawberries and blueberries so we would have a variety of flavors to try

Then fill your jars almost all the way to the top with Kombucha and seal them tightly. DO NOT use a metal lid. I used Tattler canning lids since they’re made from BPA-free plastic. We ended up with 6 ½ pints of Kombucha. It would have been 7 pints if Kaylee hadn’t kept wanting more! 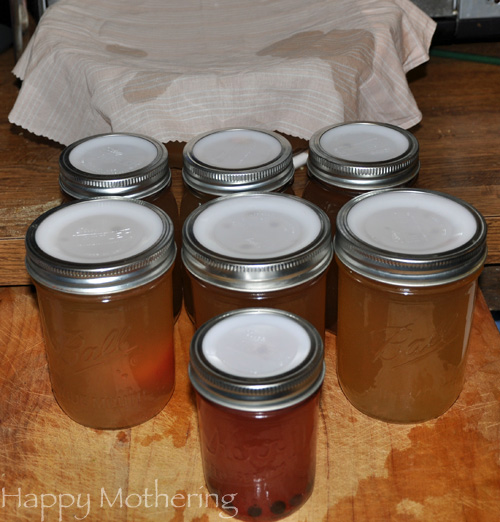 After you seal them, put them in a dark cabinet for 2-3 days for the second fermentation phase. Be sure to burp the jars every day so you don’t risk them exploding. Then transfer them to the fridge if you like your Kombucha cold like us.

Look at all the pretty colors! 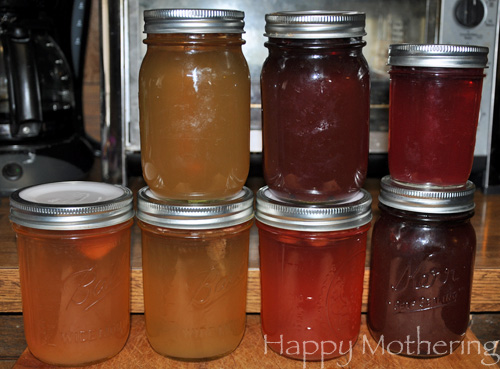 The first flavor of Kombucha we tried was the strawberry. It was so good! Even Zoë drank it and she’s picky about which flavors of Kombucha she’ll drink. That jar had one strawberry in it, and the Kombucha literally sucked all the color and flavor out of the strawberry. 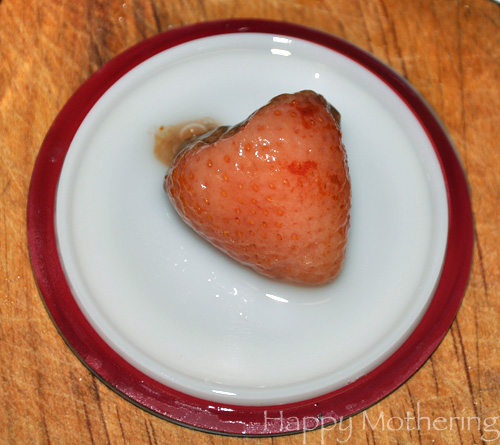 We have also tried the homemade Kombucha that had rose petals in it. It was also very tasty. It was more tart than the one with the strawberry. So if you let your Kombucha brew a little too long and it’s tart like ours was, adding fruit seems to balance that out in the second fermentation.

I can say that I am completely hooked on brewing my own homemade Kombucha. I am making it a personal goal to move to Continuous Brewing as soon as I’m able to since I think we’ll be going through a lot of it and I think it would make life easier to brew continuously.

I’ll be checking in on our next batch of Kombucha tomorrow. Stay tuned – I’ll be continuing to share more info about our favorite Kombucha recipes in the future.

If you want to try brewing your own Kombucha, I recommend starting with Kombucha Kamp’s Brew Now Kit. But if you already know it’s something you want to dive into, you may want to start with a Continuous Brew System. It’s more of an upfront investment, but I like the idea of just adding tea to the system instead of having to make a completely new batch each week. I think it would be easier to build a routine around.

I did a lot of research before deciding upon a brand to work with. Kombucha Kamp has an unmatched reputation, and I now personally see why. Everything has been well thought out, the kits use organic ingredients and the results are clear. If you decide to purchase Kombucha brewing supplies, I’d love for you to use my link. It’ll help me build my funds to get a Continuous Brew system in my home!