Learn how to raise meat chickens, including tips to minimize kids’ attachment, choosing breeds, what to feed them and when to move them to a coop.

When we got our first flock of chickens, it was because we wanted to start raising chickens for eggs. We had so much success raising egg-laying chickens that we decided we wanted to try raising meat chickens.

We had to butcher and eat a couple of roosters that came in our first flock, so we knew it was something we could stomach. So, we ordered a bunch of meat chickens and waited for them to arrive.

The Process of Raising Meat Chickens

The process was exactly like it was when we got our first chickens. They arrived, and we kept them warm, fed them chick food and grit and watered them. They are so cute when they’re little and they grow so quickly!

We lost 3 chicks in the first week and 1 in the second week. That is never easy, but it happens with baby chicks.

We don’t hide it from our kids when it happens. Being open with them has really helped to minimize grief when a chicken dies or it’s time to eat it.

At the 3-week mark, we had 28 meat chickens left. They were starting to get their feathers and were in that phase where they look pretty funny – almost like little dinosaurs with feathers.

Once they have their feathers, you can usually move them out to the coop. If they’ll be in a coop with older birds, make sure they’re big enough to defend themselves first.

What to Feed Your Flock

When the meat birds are still chicks, you’ll want to feed them starter chick feed along with chick grit just like you do with egg layers. However, you’ll switch them to a different feed than you will laying pullets.

At about the 8 week mark, you’ll want to start feeding them Grower Feed. This will help them grow much faster than layer feed would.

How to Raise Meat Birds with Kids

We approached raising this batch of chickens very differently than we did the egg layers:

The girls did hold the meat chicks, just not as often as they did with the egg layers.

Stick with One Breed

One factor that made raising meat birds much easier is that they were all the same breed. I recommend going this route.

We had 5 different breeds in our egg laying group. Since they are much more identifiable, it’s easier to get attached. If you’re going to raise chickens for meat, I definitely recommend going with all the same breed – especially if you have children.

Make sure you know how to butcher the chickens BEFORE you get them. You don’t want to wait until it’s time to slaughter them before educating yourself on the subject.

Once they’re butchered, we clean them really well, then brine them in salt water in the fridge for a couple of days before freezing them. They taste absolutely amazing roasted with garlic, olive oil and rosemary.

It really is worth raising your own meat chickens! They taste so much better and you know the love and care that went into raising them.

How to Regrow a Sprouted Onion in Your Garden 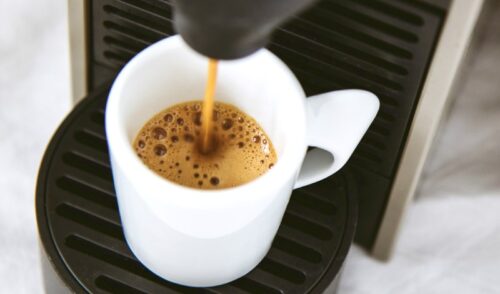