If you’re searching for new a TV series the whole family will enjoy, check out this huge list of the best Netflix family shows.

There are recommendations for younger viewers, older children and more mature teens too. I even included a few scary TV shows to watch as a family if that’s your thing.

In this section, you’ll primarily find animated features that are rated TV-Y and appropriate for young children.

If your little one likes cars, turn on Cory Carson and watch him explore the roads of his hometown, Bumperton Hills.

2. My Little Pony: Friendship is Magic.

Meet unicorn Twilight Sparkle and her My Little Pony friends who live together in Equestria. Main message of this show is the importance of friendship.

While you can still watch the original Magic School Bus series on Netflix, they also brought back this classic animated series featuring Ms. Frizzle’s little sister Fiona as the fun science teacher. Your whole family will love the lessons built into this cute show.

Also check out these related titles:

4. The Epic Tales of Captain Underpants.

This Netflix Original series by Dreamworks Animation follows George and Harold, two 4th graders who love comic books and pranks. They also have a bit of an obsession with transforming their school’s principal into an underpants-wearing super hero.

Based on the classic movie franchise, Fast & Furious: Spy Racers South Pacific follows a group of teens who are recruited as undercover spies to infiltrate a group of illegal street racers.

The world’s most famous monsters and mysterious creatures send their kids to a special preschool to help them master their own powers and prepare for kindergarten.

Another Dreamworks series, this show follows Merlin’s apprentice as he joins Arcadia’s heroes in Camelot on a journey across time during a conflict between the human, troll and magical worlds.

Two siblings, Sokka and Katara, awaken Aang from his long sleep and discover that he’s actually an avatar with air-bending powers that can defeat their rival, the wicked Fire Nation.

After making a huge discovery, two princes work together with an elven assassin to bring peace to their respective lands.

These non-animated shows for families are entertaining and great for most young kids with a rating of TV-G.

1. Julie and the Phantoms.

A teen girl attending a performing arts high school in Los Angeles, Julie find a new way to create music after her mom’s untimely passing… with a ghost band.

This family drama series on Netflix also features original songs by the cast. The first season of this show had my entire family completely hooked and we’re hoping for a second season!

This heartwarming series follows Alexa, a young girl who battles cancer with the support of her family and best friends. Great series for teaching empathy to kids.

Based on the iconic book series, this family-friendly Netflix series follows a group of friends who form a babysitting club and offer their wonderful services to the community. Mostly follows the original storyline.

Based on the book series by Jill Murphy, this touching show follows Mildred Hubble as she discovers she’s destined to attend witch school.

5. A Series of Unfortunate Events.

When the Baudelaire kids lose their parents, they’re sent to live with their repulsive distant relative, Count Olaf (played by Neil Patrick Harris). Based on the book series and movie of the same name.

A teen from Los Angeles gets the opportunity to spend summer on the island off the coast of England where her mom grew up. She develops a love for horses in the process.

If there are no more little kids in the house, check out this list of the best family-friendly shows for older children.

One of our favorite Netflix originals, Anne with an E is an adaption from the original books and miniseries. This Netflix family series takes a different spin than previous versions with slightly more mature content.

The Robinson family has been preparing to live on an alien planet for years. But they didn’t expect to crash land on an unknown world. Intense and inspiring family series on Netflix with a focus on familial relationships. Final season coming in 2021.

Continuing the story from the classic 90s show Full House, the Tanner family reunites and lives together again under one roof. This time, DJ, Stephanie and Kimmie are parenting together.

An aspiring country singer lands a job as a nanny to the children of a widower when her career takes a downturn. Emotional and inspiring story.

This Netflix original series based on the TV classic from the 1970s follows a Latina mother who suddenly finds herself single while raising two kids… now with her mom’s help. Starring Justina Machado and Rita Moreno.

A group of rabbits searching for a new home confront many challenges along the way. Adapted from the classic Novel by Richard Adams. Features voices from actors like Olivia Colman, James McAvoy and Ben Kingsley.

7. The Dark Crystal: Age of Resistance.

A spinoff of the classic 80s movie, The Dark Crystal follows the Gelfling and their quest to save their world from evil-overlord Thra. Stars Taron Egerton and Anya Taylor-Joy.

If you didn’t see Gilmore Girls when it first aired, there’s still time to watch it with your kids. My daughters and I really bonded over this show. This show has such a loyal fan base that Gilmore Girls: A Year in the Life was later produced by Netflix (and many of us fans are still hoping for more).

The Locke family moves into Keyhouse and quickly discover it’s full of mysteries. This mind-bending show is more entertaining than it sounds… we can’t wait for new episodes!

Based on the comic book series of the same name, Umbrella Academy follows a group of people with special powers that were all born on the same day. If you’re not a fan of watching kids shows, this is the perfect choice as it truly appeals to adults and kids.

This show follows a group of teens who is sent down to Earth from the space station mankind has been living on for 100 years after a nuclear apocalypse. You can watch the entire series of The 100 on Netflix, and you’ll want to finish it from start to finish (it actually has a good ending)!

A reboot of the original series, Charmed follows 3 orphaned sisters with magical powers who must save the supernatural and human worlds alike.

A mindless comedy, New Girl follows three single men in their 20s who rent a room to a new female roommate. Played by Zooey Deschanel, Jess is an awkward schoolteacher who brings a new perspective on life to this group of friends.

Several people arrive at the “Good Place” after their deaths when they were really destined for the “Bad Place.” They do everything they can to avoid being caught. Lots of opportunities for discussion about life choices when watching this series starring Kristen Bell and Ted Danson.

You can watch every episode (except one) of this classic TV comedy on Netflix. Starring Joel McHale and Alison Brie, this show follows a group of kids attending community college and the hilarity that comes with that experience.

Nurse Practitioner Mel moves to a small town for a fresh start after her life is shook up. She finds a new life and works through her emotions with the support of her new co-workers and friends.

This show follows a teen on the autism spectrum as he struggles with life’s day-to-day challenges, including life, love, school, family and more.

The best thing about kids getting older is you can watch more things together. If you’re looking for a new series to watch with your teens, these are great choices.

I’m on my 3rd time watching Kim’s Convenience… it’s that good of a series! I love the short episodes and quick wit featured in this entertaining Canadian sitcom.

When the FBI raids their home and freezes their accounts, a wealthy family is forced to move into a motel in the Podunk small town they still own. Somehow, they create a new life there through lots of hilarity and shenanigans.

Starring Jane Fonda and Lily Tomlin, Grace and Frankie is a great example of how two people with different interests and personalities can come together in times of adversity. First half of final season now available.

A political drama starring Kiefer Sutherland and Kal Penn, this show follows the “Designated Survivor” who becomes president when the rest of the government is assassinated.

Bojack Horseman, an iconic character from the 1990s, is back 20 years later in this Netflix original series. Late night animated sitcom only appropriate for more mature audiences.

This amateur baking competition spans 10 weeks. Watch as these talented chefs in the making vie for the title of the best baker in the U.K.

Also check out these related series:

Another British cooking show, this time home cooks compete by serving their family’s favorite dishes for the judges in the hopes of being named one of Britain’s best home cooks.

Bakers create delicious treats that must stand up to some pretty intensive engineering stress tests. It almost seems “impossible” to create something that tastes amazing and looks like that!

Scary Shows to Watch as a Family

Stranger Things quickly became a cult classic in our home. This Netflix original series follows a group of teens who discover dark things happening in their home town of Hawkins.

After moving into a new home, one family faces the horrible memories of the haunted home they were driven from.

This 2021 Emmy Nominated series is also from the creator of The Haunting of Hill House. This mystery series follows an au pair who dives into a gothic romance.

And if you’re looking for something more educational, we have a great list of the best documentary series and features. 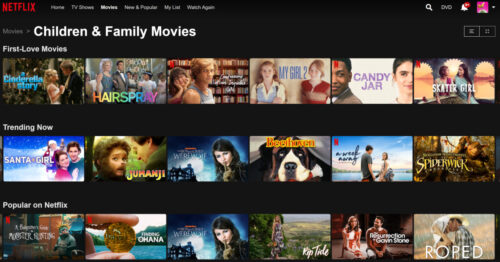 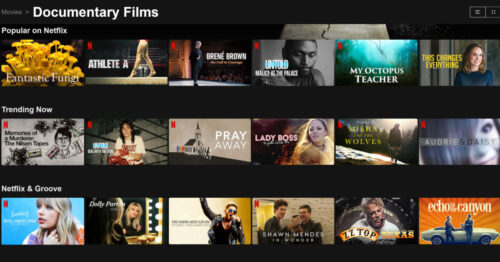 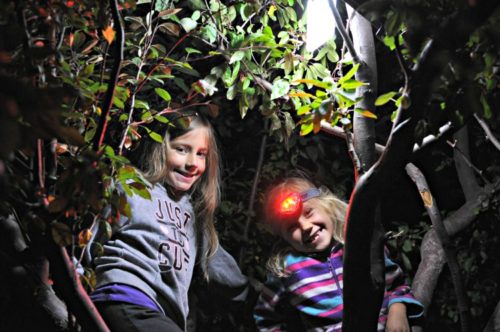 7 Games to Play in the Dark for Summer Family Fun