This oven Roasted Bell Peppers recipe is delicious and easy to make with simple ingredients. It makes a great side dish or addition to many delicious recipes.

I love the vibrant color of bell peppers. Fresh red bell peppers are my favorite, but when it comes to roasting peppers, I like to use a combination of red, orange, green and yellow peppers.

I know a lot of people roast their peppers over a high heat, open flame on the gas burner of their stove top. My preferred method for the roasting process is to make oven-roasted peppers.

It’s a lot easier to make a large batch of peppers with the perfect roasted flavor using this method. My easy recipe makes tasty peppers that last a long time too. The first time you try it, it’ll become your favorite way too!

By the Numbers: How to Roast Bell Peppers

Follow these detailed instructions to learn how to make the best oven roasted bell peppers with garlic and olive oil.

Preheat your oven to 350˚ F. Place whole bell peppers on a large parchment-lined baking sheet in a single layer and add 1 cup of filtered water to the bottom of the pan. Using a rimmed baking sheet will keep the water and pepper juices from making a mess in your oven.

Place the pan in the preheated oven. Slow roast the raw peppers in the oven for 30-45 minutes, or until tender and the skin is charred.

If you want the skin to come off easily, it needs to be really charred all over. So you’ll want to rotate the peppers until it has a nice char around the whole pepper before removing them from the oven. Be patient because it’s hard to remove the peel if they don’t roast long enough.

While the peppers are roasting, finely chop the garlic and add it to the large mixing bowl with the olive oil so the flavors can infuse. Cover the bowl with plastic wrap until you’re ready to use it. If you’d like to use roasted garlic instead of raw, that will taste amazing too.

Once they’re well done, remove bell peppers from the pan and place in a brown paper bag. Close the bag and allow it to sit for 1 hour to loosen the skins. This is a very important step, so don’t skip it.

At this point, it should be easy to remove the charred skin from your bell peppers. Once the skin is completely removed, slice them into thin strips, removing the seeds and stem. Place bell peppers into the large bowl with the garlic and olive oil and mix to coat them well.

Answers to all of your questions about roasting bell peppers, including tips and substitution ideas.

When my daughter was younger, the only way she’d eat bell peppers is if the skin was removed. So we all learned how to a roast bell pepper and remove the skin peel for her.

The skin of a pepper can be quite tough, bitter and hard to digest no matter how it’s cooked. The only time that peppers should absolutely have their skin left on is if you’re stuffing them.

2. Why do roasted peppers have more flavor than raw?

When you roast bell peppers, the natural sugars are released. That’s actually what allows the skin to char. Once the bitter skin is removed, all you’re left with is the sweet flavor of the peppers.

I find roasted red peppers to be the most popular, but each of the other colors has their own unique flavor when roasted. So be sure to try roasting orange and yellow bell peppers. Green peppers aren’t my personal favorite, but a lot of people really enjoy them as well.

3. How to eat roasted bell peppers?

This roasted peppers recipe makes a stellar side dish all on its own. You can also serve roasted bell peppers on pizza, in pasta dishes (like Instant Pot Pasta), blended into creamy hummus, inside of homemade tamales, as a gluten free bread topper or in any dish that calls for bell peppers.

Try using them in your homemade potato salad or pasta salad! They also taste amazing in homemade pasta sauce such as romesco sauce.

4. Can you roast other kinds of peppers this way?

Yes, you can do this with just about any kind of peppers. I love roasting hatch chiles and poblano peppers. Smaller peppers will need a shorter cooking time, so be sure to watch them carefully. After you’ve got the basic steps down, you’ll be able to roast any pepper you like to remove the skin.

Extra virgin olive oil is the best choice by far. If for some reason you don’t want to use olive oil, the second best option is avocado oil.

If you’d like to add a little kick to your roasted bell peppers, try adding a small handful of crushed red pepper flakes to the bowl with the fresh minced garlic. It will add a mild heat to the peppers as they infuse into the garlic and olive oil.

If you don’t have access to paper bags, you can also use large zip lock plastic bags or a large pot with a tight-fitting lid to steam your roasted peppers.

8. How to roast peppers faster?

If you’re short on time and want to get your roasted peppers on the table faster, try using the broiler instead of the oven like in my tutorial on Roasting Hatch Chiles. You can cut the roasting time by at least half!

It’s important to store your roasted peppers in an airtight container such as a glass mason jar. The peppers should be fully submerged in olive oil and stored in the refrigerator.

The olive oil actually preserves the peppers, so they should last for about a month in the fridge. And if the olive oil solidifies or becomes cloudy, don’t worry… that’s what happens when real olive oil is refrigerated.

Just remove the peppers you want to eat from the jar and allow them to sit at room temperature for about an hour before serving. The olive oil will return to its liquid state when it reaches room temp.

If they look or smell off before you hit that one month mark, go ahead and discard them. Sometimes if they get left out or something gets into the jar, they’ll spoil quicker.

10. Where to get the best bell peppers?

Bell peppers are easy to come by, whether you grow your own peppers or buy them at the grocery store, farmers market or online from somewhere like Misfits Market. 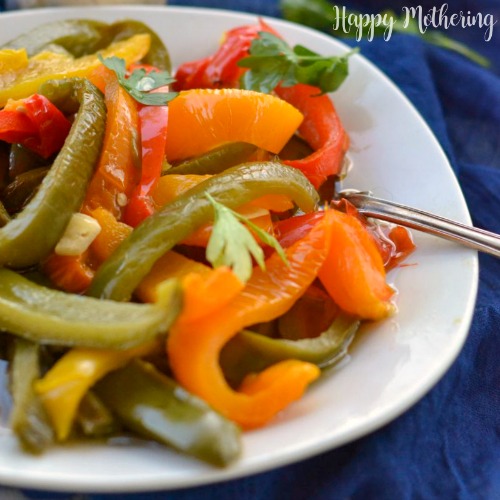 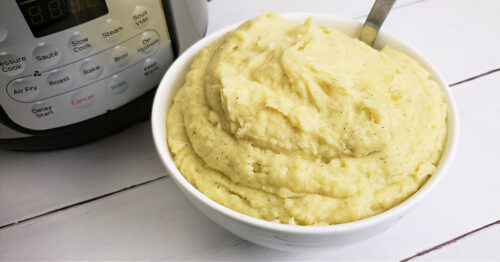 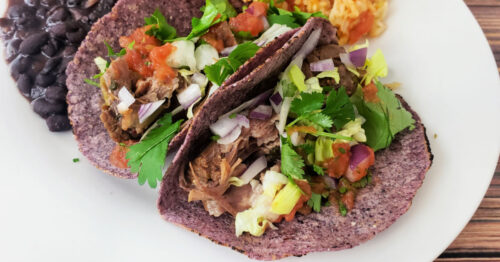 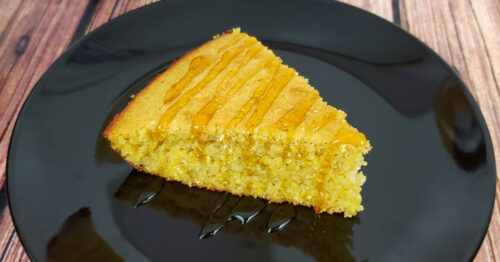 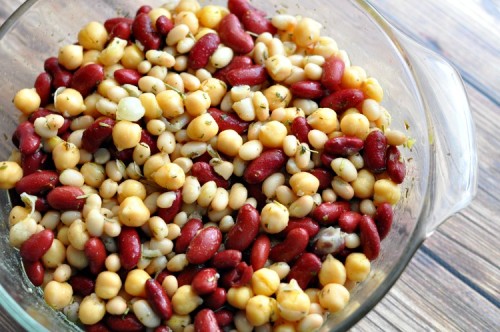 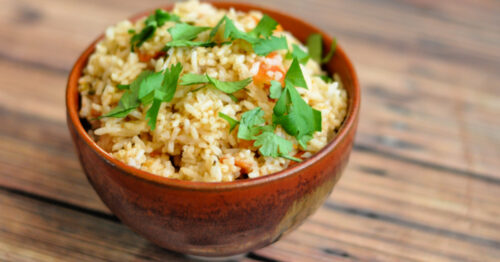