There is a simple method for cleaning iron from quartz crystals. Learn what solution I soak my crystals in to get them sparkling clean.

My girls have the crystal collecting bug just as much as I do. And Brian loves digging crystals too, so we like to go as a family. It’s a ton of fun!

If you’ve ever dug your own quartz crystals, then you probably noticed that they’re often covered by rusty red iron deposits. It makes the clear quartz you just dug out of the ground look like dirt compared to store bought (and professionally cleaned) crystals.

Here’s a side by side comparison of crystals we dug next to some that I already owned. Pretty dramatic, huh?

We have so many crystals that we’ve dug up that would be so beautiful if only it weren’t for the rusty iron coating on them. The girls love making jewelry and other crafts from the crystals we find too.

So I started to do some research on how to clean rust from quartz crystals and quickly found there are several methods for doing it. Since this would be my first time cleaning crystals, I wanted something simple.

So I decided to order a couple of bottles of Iron Out from Amazon to try. Soaking crystals in it seemed like the easiest method. Many of the methods require you to neutralize the solution before dumping it down the drain, but Iron Out is designed to be used in places like showers, so it seemed like a safer choice.

What you need to do to clean the iron from your quartz crystals is to place them into a jar and then cover them with the Iron Out solution. I used the gel version, but there is also a powdered version that I may get next time since we’ll be doing this often.

Be sure to wear gloves. And do not make the mistake I did in using a butter knife to move the crystals around in the solution. It will ruin the knife! A craft stick would make a much better choice.

Allow the crystals to sit in the solution for several hours to a few days.

Then rinse the crystals in warm water. You can use a firm toothbrush to scrub in any crevices to get any additional iron debris out. Then lay them out to dry.

Some crystals will have iron deposits in them too deep to get out with this process, but I feel that makes each crystal unique. This is one of my favorite crystals that I’ve cleaned so far!

If you have any quartz crystals covered in rusty iron deposits, you can purchase Iron Out here to clean them up safely and easily! 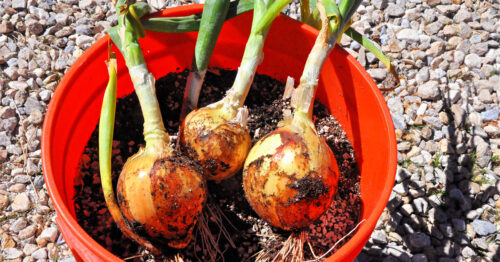 6 thoughts on “How to Clean Iron Stained Quartz Crystals”